Faces of postmemory 5 – conflict of negotiations?

Faces of postmemory 5 – conflict or negotiations?

Institute of Intercultural Studies, Jagiellonian University in Kraków
Institute of Applied Linguistics, University of Warsaw
organized together an interdisciplinary conference
Faces of postmemory 5 – conflict or negotiations?
The conference was under the patronage
of the Section of Heritage and Cultural Memory Studies of the Polish Ethnological Society

The conference was inspired by Michael Rothberg's book Multidirectional Memory: Remembering the Holocaust in the Age of Decolonization. Although it was published over a decade ago, the questions it raises are still relevant. The key questions: Does memory have to be a source of conflict? Or can memory become an area of negotiation?, remain unanswered to date. Therefore, taking Rothberg's concept of multidirectional memory as a starting point, we proposed to address them. As in the previous editions of Faces of Postmemory, we suggested that the participants focused on the acts of transfer of knowledge and experience within postmemory as understood by Marianne Hirsh. However, we did not impose any geographical or temporal restrictions. We still wanted the conference to be a meeting place for researchers representing various fields, and theoretical and methodological approaches. That is why, we welcomed submissions from speakers from many areas of the humanities and social sciences: historians, linguists, sociologists, psychologists, political scientists, art historians, film, theatre and literary scholars, and architects.

We proposed to reflect on the following questions:

The conference was be held in Kraków, at the Faculty of International and Political Studies, ul. Władysława Reymonta 4.

The conference languages were Polish and English. Simultaneous interpreting was provided. 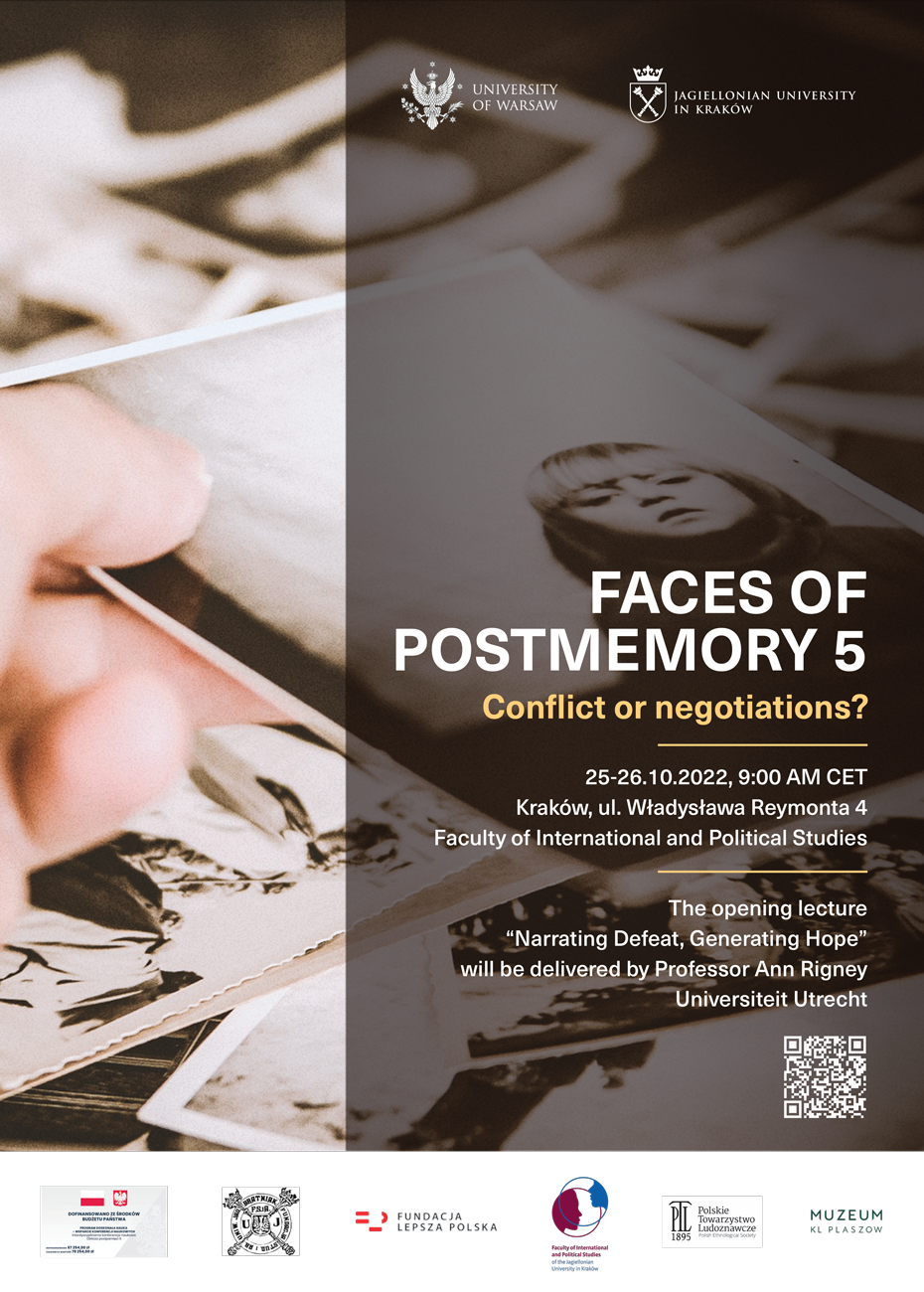 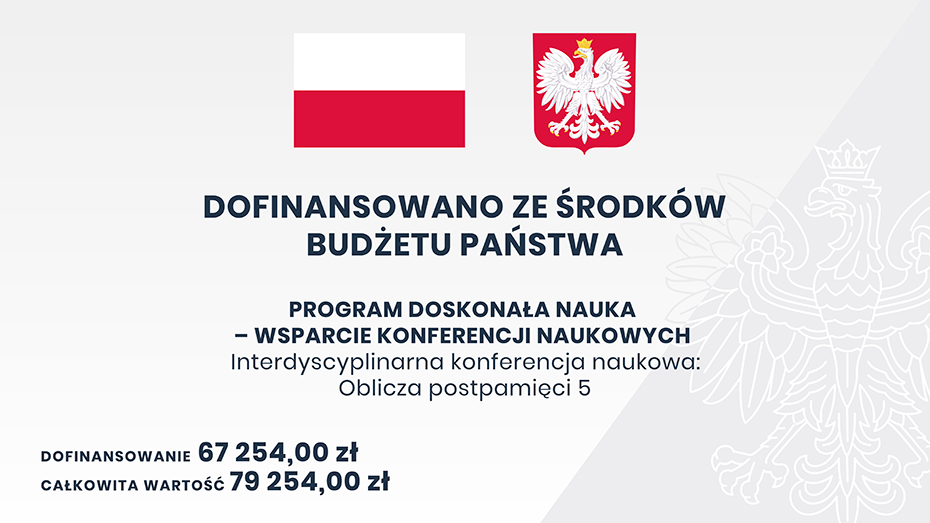